“Where the Best Meet the Test”

Contact Jason Hanson at (952) 212-6549 or centralbowlersalliance@gmail.com for Complete Info

The Eleventh Tournament of the 2019-2020 CBA Season will be the Minnesota Team Challenge on Sunday March 8th at Southtown Lanes. Start time will be 8:45 AM with practice starting at 8:30.

Bowler of the Decades Results after September Tournament

New for the 2019-2020 CBA Season – The CBA Bowler of the Decades sponsored by The Locker Guy. Bowl September, November & February Tournaments, with special formats, in your age decade for extra prize money.

Matt Paine has been voted in as the CBA President, replacing Chad Nelson. Thank You to Chad for his years of dedication and he will stay on as a CBA Board Member.

SHORTS are NOT ALLOWED for the CBA Tournaments during the Months of September through April and HATS are NEVER allowed. Bowlers need to have their names on the back of their shirts for all tournaments and on Sundays, for our Two-Day tournaments, we do Not allow jeans. 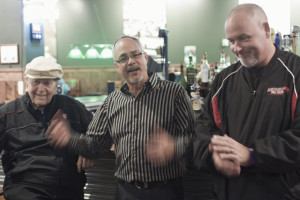